The Real Reason Marriage & the American Family have Dissolved 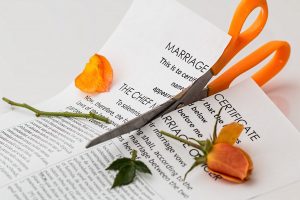 When you talk about the cultural war on marriage, Christians and the media typically think you must be talking about gay marriage.  The sobering truth is the Christians already lost the “war” to a cultural definition of marriage well before gay marriage hit the spotlight.  In fact, a strong argument could be made that if we hadn’t lost this first “war”, or more accurately, significantly contributed to its downfall, all others debates about what marriage is would be handled very differently by all involved.

I talk about this quite a bit in a recent blog I did questioning why pastors such as myself have the authority to give people governmental tax benefits via the cultural/governmental definition of what marriage is, even though this definition has long been different than the Bible’s.  My main point being if the Christian / biblical way of doing marriage is that a man and a woman are virgins when they get married and are monogamous–committed to each other faithfully for life (like we all say in our wedding vows)–then this definition of marriage has been lost to our culture long ago via premarital sex, divorce, lust and adultery.  Gay marriage just makes a lot more convenient of a punching bag for heterosexual Christians and also distracts us from having to deal with our own sin issues and how we have personally contributed to the decay of God’s design for marriage.  I’m not saying we shouldn’t have a voice in the gay marriage conversation and in lovingly addressing this issue in our churches and amongst our friends, I’m saying we need to stop pretending like this is the issue that’s wrecked the American family or has wrecked the biblical design for marriage.  To say so is not only dodging reality, it is dodging how we have personally contributed to the wreckage and how we need to repent and submit ourselves to God’s plan for our own marriages and sexual purity.

I came across some recent research done by the USA Network that shows how Gen X’ers and Gen Y’ers now define love as monogamish rather than monogamous.

This is all quite a bit different than God’s definition of marriage, given in Genesis 2:24… That is why a man leaves his father and mother and is united to his wife, and they become one flesh.

Our job as Christians isn’t to win the popular vote, it’s to model God’s design to our lost and broken world as a loving light to the world, showing the world the hope of Jesus.  The world’s way has always and will always be selfish, God’s way has always and will always be selfless and both are going to produce fruit respective to the seed planted.  That’s why “God is love” (1 John 4:8) and models this selfless love to us and tells us to model to others (John 13:34-35) and specifically in our marriages (Ephesians 5:25).  Selfishness is always going to win the popular vote against selflessness.  Our arguments aren’t going to convince the world to do things God’s way instead of their own way.  But we pray that the examples set in our lives might.

As Christians, we need to tone down our shouting about the sins of others and look deep into the mirror.  Repenting.  Allowing the Holy Spirit to transform us.  And to shine Jesus’ miraculous light to the world.

Small Groups & Young Adult Pastor at Ada Bible Church
After 13 years of urban church planting, Noah is now prepping for a PhD in Old Testament / Ancient Near East history and is on the pastor team at Ada Bible Church.He is:
Author of Beyond the Battle: A man's guide to his identity in Christ in an oversexualized world
Host of the The Flip Side Podcast
Join an online men's small group led by Noah and team at BeyondTheBattle.net