Ellen Page vs. Chris Pratt/Hillsong on LGBT stance raises question, “Can you love someone you disagree with?” 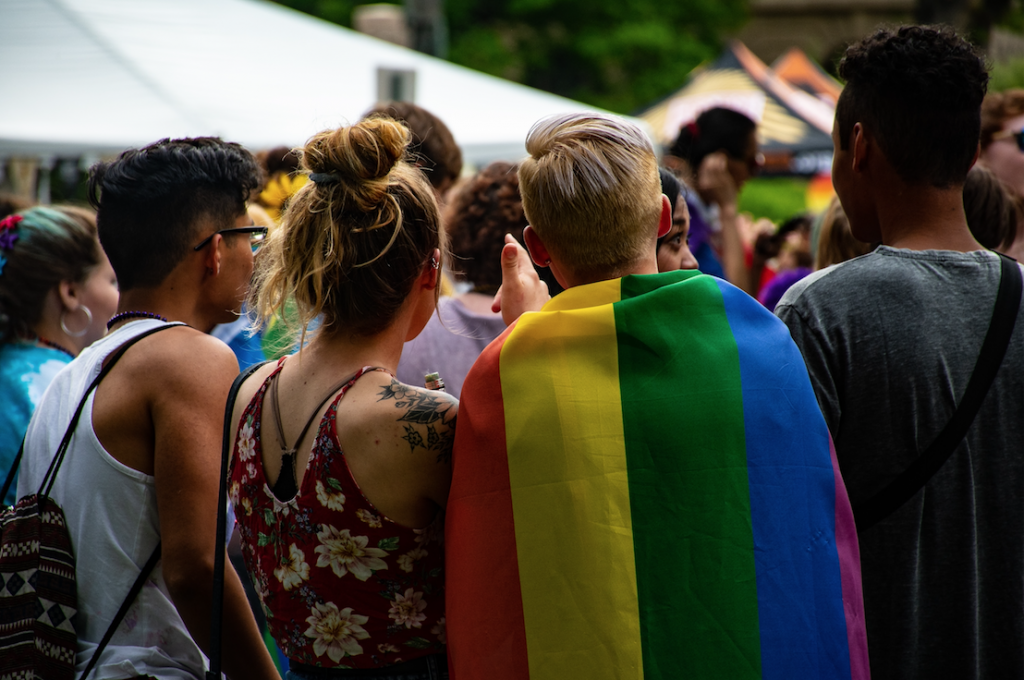 Ellen Page was in the news recently criticizing Chris Pratt’s attendance at a Hillsong affiliated church. In response to an interview Pratt did with Stephen Colbert about his spirituality, the out lesbian Page tweeted,

“If you are a famous actor and you belong to an organization that hates a certain group of people, don’t be surprised if someone simply wonders why it’s not addressed. Being anti LGBTQ is wrong, there aren’t two sides. The damage it causes is severe. Full stop. Sending love to all”

NBCnews.com followed this up with an article that makes Christians, Pratt, and Hillsong sound like terrorists.

If Christians hate gay, lesbian, and trans people based on how Page is using the word, then “hate” now means “we love you deeply, but disagree.”

You don’t have to agree with someone’s theology to love them.

You don’t have to agree with someone’s politics to love them.

You don’t have to agree with someone’s sex life to love them.

If agreement was necessary for love, it would be nearly impossible to love anyone.  And by Page and NBC’s definitions, you would actually hate the people you had these disagreements with…which would mean hating almost everyone.

This is where Hillsong Church’s statement on sexuality isn’t helpful.  Quoted in the NBCnews.com article and written by Hillsong Church founder and senior pastor Brian Houston:

“Hillsong Church welcomes ALL people but does not affirm all lifestyles. Put clearly, we do not affirm a gay lifestyle and because of this we do not knowingly have actively gay people in positions of leadership, either paid or unpaid.”

This statement could be worse and does not embody hate, but it could also be improved in numerous ways:

I know what Houston is trying to say, but it could be said much better.  His wording stigmatizes LGBT people unnecessarily.  A more helpful statement for churches was created by Preston Sprinkle and The Center for Faith, Sexuality & Gender:

We believe in the historically Christian view of marriage and sexual expression; namely, that marriage is a one-flesh covenant union between two sexually different persons (male and female) from different families, and that all sexual relationships out of marriage are sin.

I don’t expect LGBT folks to cheer here.  But the helpfulness of this statement is it defines the Bible’s design for sexual relationships, without stigmatizing or singling out LGBT people from straight people.  I would add the following if I were using this for a Bible-believing church:

We also believe in loving all people, regardless of identity or lifestyle, and all people are welcome at our church and in our community.  We believe that, whatever the topic, we can disagree and still love.  We believe it is a cultural fallacy that you must agree with someone on 100% of topics in order to love them, and that it’s a fallacy that disagreement means hatred or rejection.  Disagreement is a part of all of our friendships to one degree or another, and our church friendships are no different.
When people become members at (Church Name), they are agreeing to submit to our understanding of the standards of the Bible, as it is the decision-making guide for our church at a leadership and organization level.  For those who disagree with parts of the Bible, or disagree with our understanding of it, we continue to invite to participate in our community.  Whether members or not, all people are welcomed with love and warmth at (Church Name).

No, I don’t agree that a man should have sex with a man, even if his attraction and body tell him to.  And no, I don’t agree that a woman should have sex with a woman, even if her attraction and body tell her to.  And no, I don’t believe a man should have sex with a woman who is not his wife, even if his attraction and body is telling him to (or else I would have had sex with hundreds of women by now…) And no, I don’t believe a man and women who are dating should have sex.  And no, I don’t believe people should get divorced or remarried (outside of a few provisions in the Bible).  And no, I don’t believe someone should look at pornography. I disagree that we should do whatever our body is telling us to do.  But that does not mean I hate any of these people.
Love doesn’t mean we have to agree on everything.
And by love, I mean real love.  I mean treating sexually active LGBT people the same way you treat sexually active straight people who aren’t married.  I mean having them over for dinner and hanging out with them and listening to them and being friends with them and doing nice things for them and well, loving them.
As this type of cultural tension increases, I can envision the Church responding to our LGBT friends with a tsunami of this type of love.  We must.  We’ve earned this bad reputation and we must earn a new one.  We may never convince the media, but we can our individual LGBT friend.
How do you think Jesus attracted all of those prostitutes and tax collectors?   He did so to the point that the religious leaders (the “they” below) discredited him altogether as a result:

The Son of Man came eating and drinking, and they say, ‘Here is a glutton and a drunkard, a friend of tax collectors and sinners.’ Matthew 11:19

Jesus is called a friend to people he disagreed with who they were having sex with.  I’d like that to be said of the Church as well, and that starts with me and you.

Page is correct that many LGBT people have been hurt by the Church and not been loved well by the Church, or by society.  The Church must repent for its incredible sin here.  The paths of same sex attraction and gender dysphoria are lonely ones.  Many LGBTQ+ individuals battle suicide on a daily basis.  The Church should have no problem backing up this message from Page and others:

Listening and having compassion is just that…listening and having compassion.  Did you know most LGBT people who left the Church would have stayed if they had been treated better?  According to a survey by The Marin Foundation, only 3% of LGBT individuals left the Church because of the Church’s stance on the historically Christian view of marriage and sexual expression.  The other 97% would have stayed, despite disagreeing on the stance, if they had been loved better!

Love doesn’t mean we must agree.

But here’s the interesting thing, a growing number of Christians who identify as gay or lesbian are submitting to Scripture here.  There’s a debate in the Church whether those labels should be used or not, but I hope we can avoid that here as it divides an already divided community and conversation further than necessary.  The point is, there are gay and lesbian people in our church (some who prefer to use the label “same sex attracted”) who are fully eligible to be pastors, elders, and of course, members in churches which hold to a historically Christian biblical view of marriage.  The accusation that we hate gay people because we won’t let them be pastors is just simply not true.  Gay people can be pastors in our churches if they hold to a historically Christian view of marriage.  But if one doesn’t hold to this historically biblical view, they would fall into the same camp as a Catholic trying to become a pastor at a Protestant church.  We believe two different things about the Bible, so they can’t become a pastor in that church.  But it doesn’t mean they are hated or not welcomed there.  They would be loved and welcomed and befriended and brought into community, just any sexually active LGBTQ+ person should be.

I hope to be known as a loving friend to those I disagree with.  Just like Jesus.